December 17, 2018
"Have a good night's sleep with the Sleepsutra" by Yugandhara Shete, Animation Xpress. 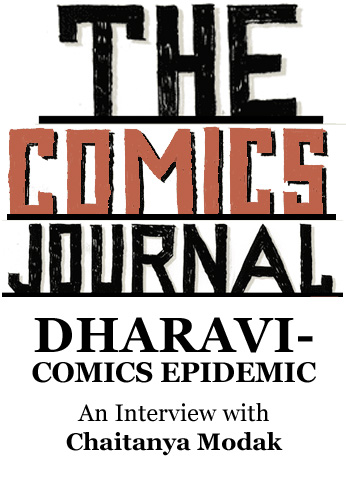 March 26, 2015
An in-depth review of the Dharavi Comics Epidemic by Ryan Holmberg, The Comics Journal January 18, 2014
Sreejita Biswas reviews The Oracle Of Tripe and The Manual Of Love for Strip Tease- the comic magazine 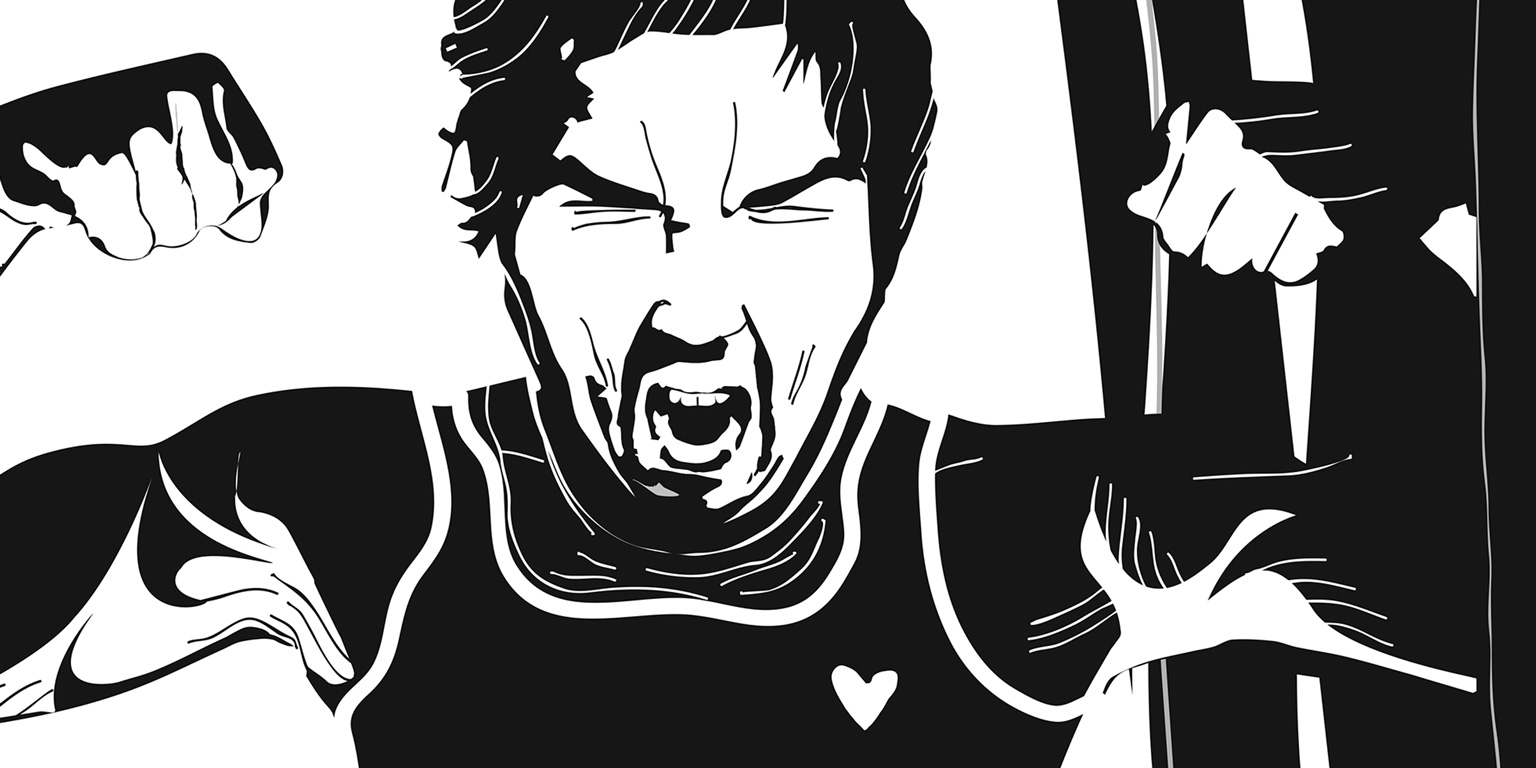 November 9, 2017
WonTolla founder –Chaitanya Modak– on 'How to be a man' in his latest publication by Sachin Bhat, Animation X 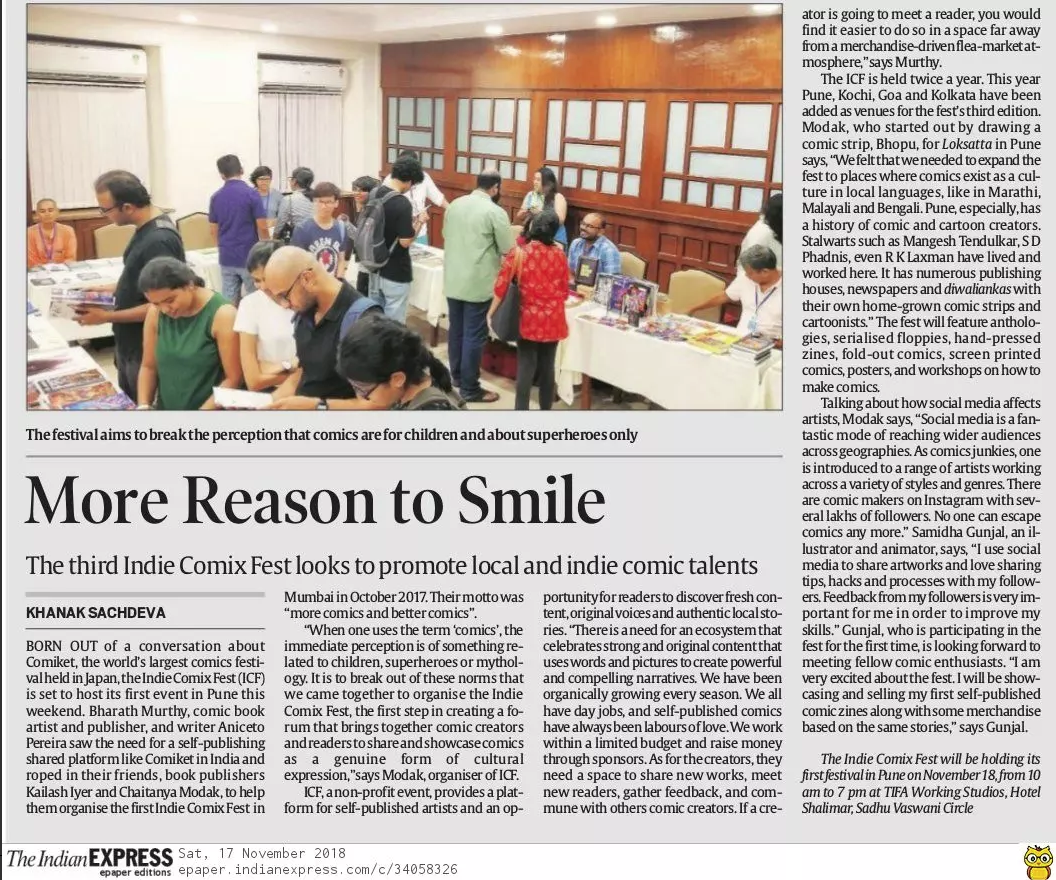 November 17, 2018
More reason to smile - a feature on the third Indie Comix Fest by Khanak Sachdeva, The Indian Express 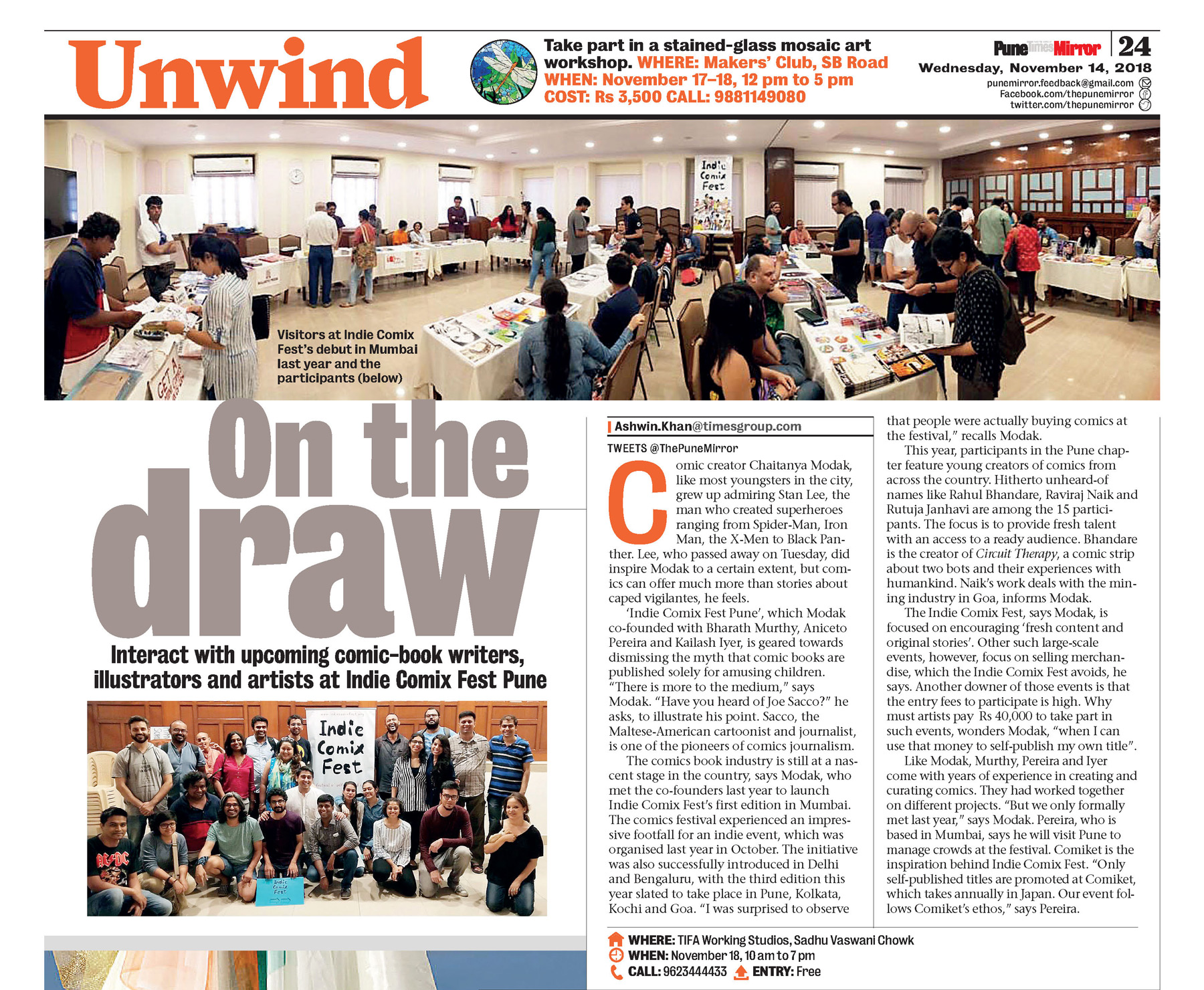 November 14, 2018
On the draw a feature on the Indie Comix Fest by Ashwin Khan, Pune May 25, 2014
Arun Kale interviews WonTolla for Astray- the website for creative people in India. May 2014
Man’s World features the Dharavi Biennale and the Comics Epidemic workshop by WonTolla. September 16, 2014
Comic Cause, a feature on the Dharavi Comics Epidemic by Yolande D’Mello, Mumbai Mirror

December 1, 2014
Omkar Khandekar reports on the State of the comic in India. 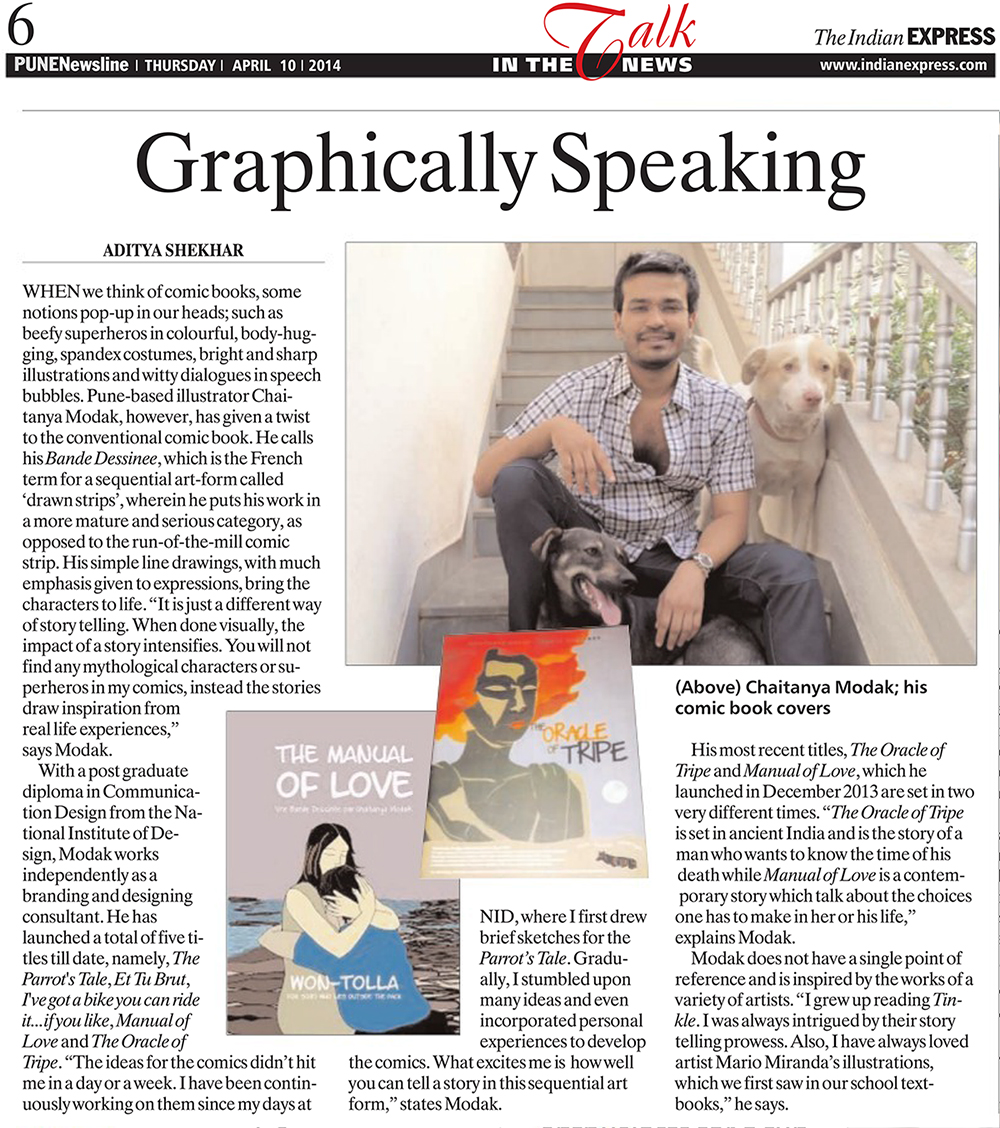 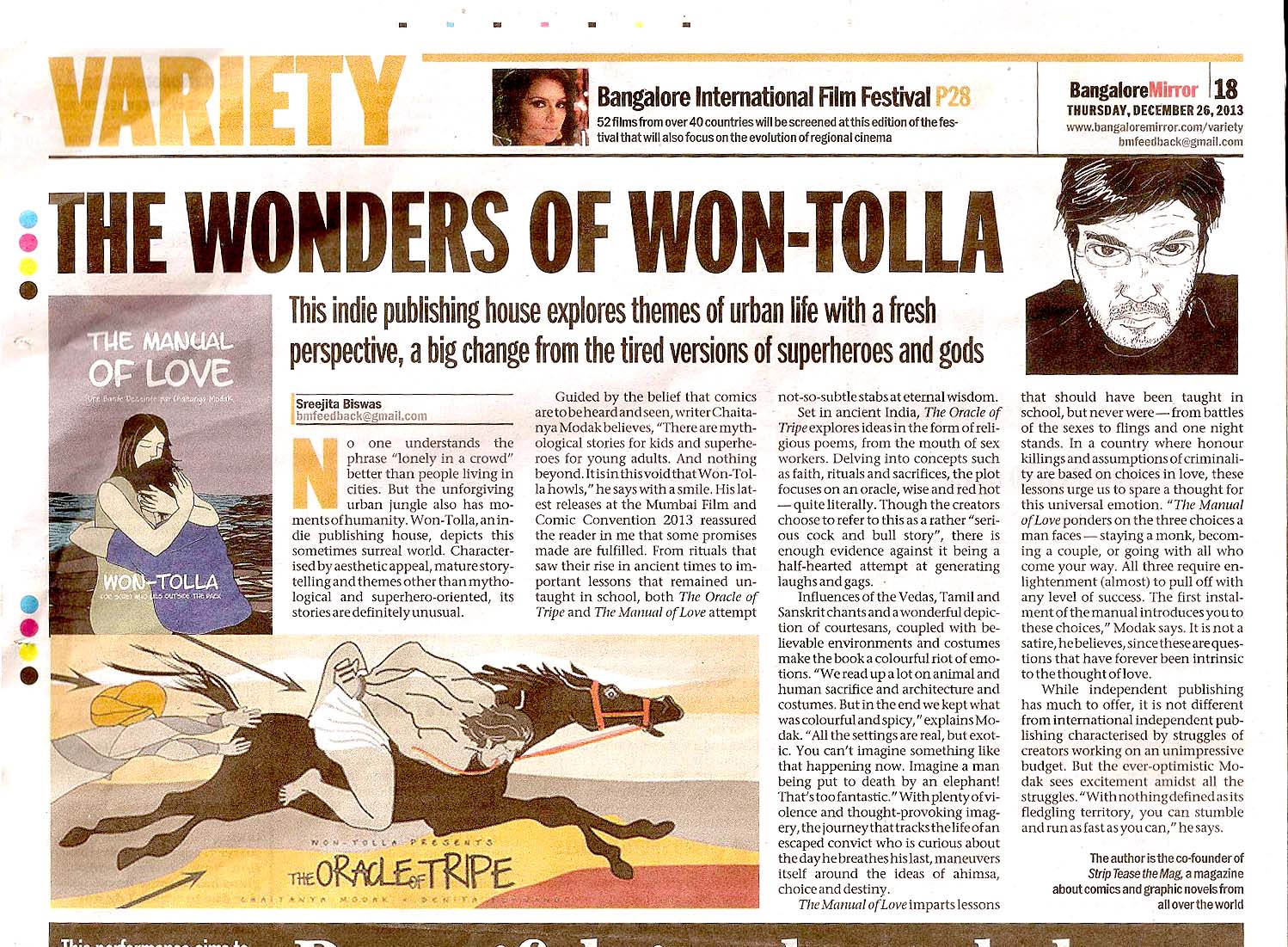 December 12, 2013
The Animation Xpress team reviews “The Oracle of Tripe” before the launch at the Mumbai Comic Con 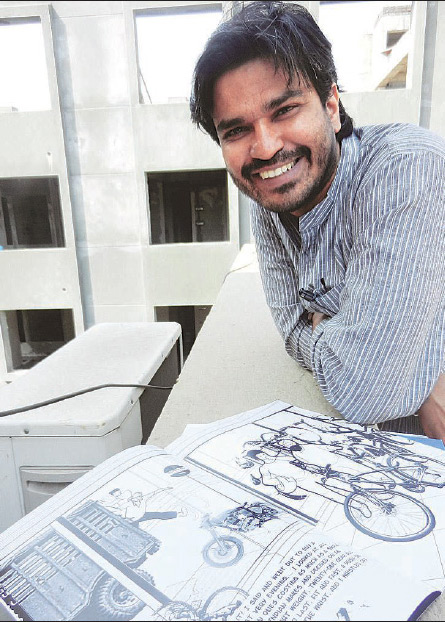