BE A MAN: How to kill what you eat without using a knife (in less than 30 seconds) Origin of the Work

This Artbook is autobiographical in nature. From 1994-1999 I used to work at the Pune Snake Park (Rajiv Gandhi Zoological Foundation), Katraj, as an amateur herpetologist and snake rescue volunteer (Sarpamitra). The snake park had a staff of five and was entirely run with the help of volunteers.

There was an animal orphanage attached to the snake park, where three teenage leopards Anna, Bala and Mamba were housed. They were fed three hens each, three times a week. Since the leopards were bred in captivity, they did not associate the live hen with food. If you just put the bird in the cage the leopards would play with it, pawing or even maiming it, but they would not kill it. So after our lunch, we would head to a shed to cull the birds.

Human beings have been taught to operate on a different premise. While having dinner at home or at a party or while ordering a dish at a restaurant, we do not associate the food on our plate with a living being that has to go out of existence, before it becomes what you are going to eat. The outsourcing of the killing divorces you from this simple fact.

This realisation turned me into a vegetarian many years later… and led to the making of this Artbook.

Don’t get alarmed if your dietary habits include meat, this manual will definitely teach you how to kill what you eat without using a knife in less than thirty seconds!

If your dietary habits include meat, this manual will teach you how to kill what you eat without using a knife in less than thirty seconds. 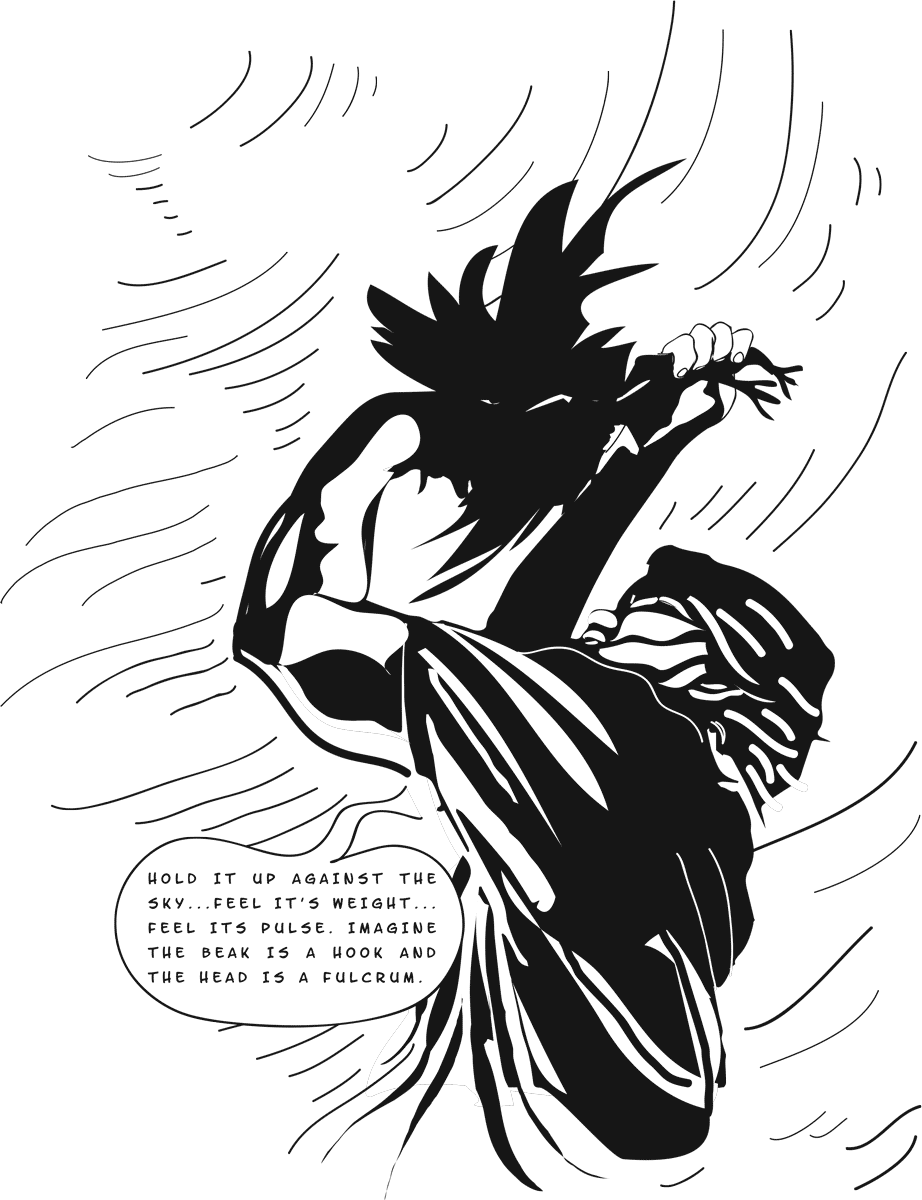